The old stereotype of girls being bad in science, technology, engineering, and math – that area known as STEM – is, unfortunately, as alive as ever. Research proves that someone doesn’t even have to personally believe this stereotype to be negatively affected by it. Just by being a commonly held notion, it influences women’s choices and the way they judge their work. For example, even women who perform as well as men in math think they’re doing worse than they actually are, undervaluing their own efforts [1].

When it comes to school-age children, this pattern is reflected in the fact that female students underestimate their grades in math, while their male classmates overestimate theirs. This tendency will likely result in fewer girls going on to pursue math-related careers, lacking the interest, motivation, and confidence to do so [1]. They eventually start believing that they can’t compete with boys and that their male classmates are inevitably better in STEM subjects.

Other stereotypes claim the problem is the fact that, biologically, women are better with social skills, while men are naturally better in math-related fields. A study done in over 65 countries around the world, with boys and girls doing the same science test, showed that in the majority of countries girls actually scored higher than boys – but not in the United States [6].  This outcome tells us that the notion of girls not doing well in the STEM field is not a biological fact – it is a cultural idea and a self-fulfilling prophecy.

Studies also show that it’s not really that boys outdo girls when it comes to math skills, but rather that boys tend to choose more math-oriented subjects, while girls have less interest and confidence in their math abilities as they begin middle and high school [2].

This can be partly blamed on the media – it’s been proven that women will show less interest in educational and professional options after being exposed to TV commercials showing them doing stereotypical, feminine tasks [1].

Therefore, if we’re to work on having more girls in STEM, the key is not to simply teach them STEM. We should interest girls in these subjects and give them confidence in their abilities. Here are some ways to do this.

Build up their confidence 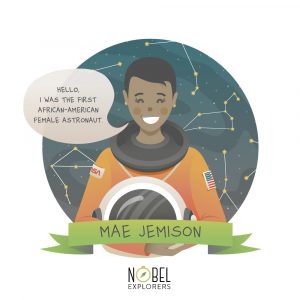 Images children have about themselves are highly significant when it comes to their achievement in school. A confident child is ready to learn, cooperate with others, and behave as a responsible individual, especially with the guidance of a teacher and counselor [5] .

Confidence is particularly vital when it comes to girls and STEM education. By convincing girls that they can do well, their performance will improve [1]. And if they’re confident about their work, they’ll naturally feel more comfortable pursuing a career in the STEM field. If girls believe they can’t be as good at math and the sciences as boys, the first step is to build up their confidence – make them feel secure enough to ask questions, to show their abilities, and not to undermine their results.

In order to pursue careers in STEM in the future, girls need to be sure they’re good at what they do and capable of changing their mindset. Be sure to help them acknowledge their abilities when they’re young and continue to remind them that they are capable, often all the way through their formal education and into adulthood.

It has also been noted that when girls learn that they are better in one area than boys, they seem to feel they’re expected to be better in all of them [1]. While girls who are better in math tend to have very good verbal skills, (hence so many women choosing careers that have a social element) [2] it is important to assure girls that it’s okay to be good at one thing, and not at another, and that learning is a process that takes time. They don’t necessarily have to be good in all STEM subjects if they’re doing well in only one.

Successful STEM programs are those that encourage girls to learn from their mistakes – since they will make mistakes in a process [2]. Making sure that girls in STEM programs know it’s okay to try, to make mistakes and to explore until they find their own particular interest, is one of the keys to having successful girls in the field. Also, make sure your expectations are not over the top. Perfectionism and making unreasonably high demands will likely backfire.

Having a positive role model (such as a successful woman who has a career in a math-related field) has a “liberating effect” on girls and diminishes the stereotype. The presence of a positive icon proves to girls that it’s possible to achieve success in an area that is traditionally male-oriented [1]. 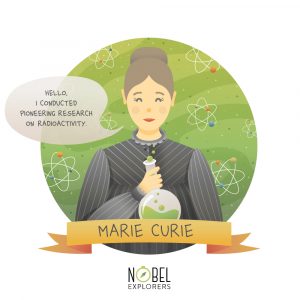 First, you can talk about those women who, throughout history, have excelled in science and math fields. History books and school curricula don’t place much emphasis on the influence women had in the past, so learning about women who were important for science is a great start. From Hypatia (Hellenistic philosopher, mathematician, and astronomer), to Ada Lovelace (considered the first computer programmer) and Marie Curie (conducted pioneering research on radioactivity), history is actually full of women who were essential to the advancement of science.

However, don’t forget to include others to whom history hasn’t been so kind, such as minority women. Mae C. Jemison was the first African-American female astronaut, biochemist Ruby Sakae Hirose (American of Japanese background) did groundbreaking research on blood clotting and thrombin, and Chinese-American physicist, Sau Lan Wu, helped discover boson consistent with the Higgs Boson – just to name a few. It will help girls from different backgrounds to identify better and learn that there are remarkable women from their cultures who succeeded as well.

Make sure that girls meet one-on-one with women working in the STEM field. This provides an added benefit, especially when girls find that these role models have interesting lives outside their labs [2]. Influenced by the pervasive stereotype, even girls themselves sometimes have a negative image of women working in STEM career, describing them as “meticulously dressed” or “unkempt looking”, doubting the ability for these women to balance their work with spending time with their family [3]. In this case, it’s good to find out what kind of stereotypes girls hold, and find a role model that can break them.

Importance of the individual and communication 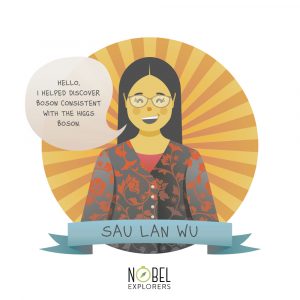 Most studies about girls and STEM show there is a huge benefit in gathering a diverse group of girls together, paying attention to each one of them, and keeping the activities fun. Educators must strike a balance between holding girls to high expectations and providing freedom, socialization, and engaging STEM activities. Girls in focus groups said that an important part of this is the teacher’s understanding of adolescents and their culture [2]. There is significantly more to learning than just transferring knowledge, and individual attention and communication with and among students is really important to a good learning process [4].

While the culture is part of the process, it’s clear that girls from the same background can have different ideas and expectations, role models, and images of what science actually is [4]. This is why approaching each girl individually is important, as well as building a rich environment for children, teaching them to find similarities with different cultures, as well as differences in their own.

If a girl was really shy and lacking confidence, persistence, caring, and encouraging more engagement was key to making progress [2]. It is possible to reach all kids but on their own terms. This is again why finding the best ways to communicate is of vital importance, and why STEM education can’t ever be separated from soft skills.

Girls and STEM education, therefore, is not just a learning process, but a process of communication, building confidence, working with a group as well as with the individual, and helping them see they are so much more than a stereotype. This journey can be fun for the girls and for you, too. Remember that by motivating and teaching girls in STEM you are not just giving someone a new skill, but helping build a diverse, better, and fairer future for all.

We practice what we preach – our hard skills specialist, Aniko, is a woman and so is a large part of our international team. Additionally, all our programs welcome girls to join them and share their invaluable input with their team members. That is why if you are a parent of a girl who wants to participate in the first ever global online STEM camp, we strongly advise you to look up and enrol into one (or more!) of our projects.

Benefits of communication on the learning process
Scroll to top
X
EXPLORE YOUR PASSION. PICK YOUR STEAM PROJECT.