Have you ever been negatively stereotyped for being a young woman in STEM? Unfortunately, you’re not the only one. The old stereotype of girls being bad at STEM is as alive as ever. A great way to put an end to this is to provide young women with role models who can motivate them to be persistent and succeed.

On this Business Women’s Day, we’re celebrating women in STEM who empower and motivate all girls and women who work (or dream about working) in STEM. We’re sharing the stories of five remarkable women who changed the world with their stories. We hope they’ll inspire you as they inspire us! 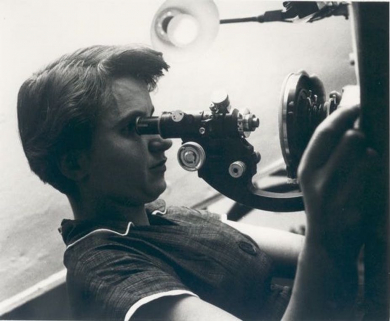 Rosalind Franklin studied physics and chemistry and later earned a Ph.D. in physical chemistry, which enabled her to travel and teach around the world. While working at King’s College, Cambridge, she spent hours studying DNA structure with X-ray diffraction. It was she who took a photo of DNA and proved it was a double helix.

Sadly, her achievement wasn’t acknowledged at that time. You wonder why? There is some controversy indicating that Francis Crick and James Watson used Franklin’s findings as theirs in their own publications. It was quite some time until she emerged from the shadow of these two powerful men and her contribution was fully recognized. 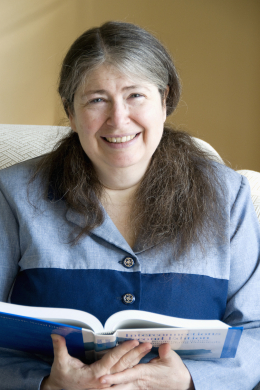 We couldn’t imagine the world today without the internet, right? Well, if it weren’t for Radia Perlman, we might not have had it. The Mother of the Internet, as she’s called, developed the algorithm behind the Spanning Tree Protocol (STP), which is fundamental to the operation of network bridges. She also invented TRILL (TRansparent Interconnection of Lots of Links) to correct the limitations of STP.

A wildly creative thinker, Dr. Perlman even developed a child-friendly programming language. She authored a textbook on networking and network security and holds more than 100 issued patents.

As a little girl, Mae Jemison loved science and stargazing and dreamed of going into space. That dream came true on September 12, 1992. She became the first African-American woman to travel in space when she went into orbit aboard the Space Shuttle Endeavour. There she conducted experiments on motion sickness, weightlessness, and bone cells.

As if that weren’t enough, Jemison is a dancer and holds nine honorary doctorates in science, engineering, letters, and the humanities. In 1993, she resigned from NASA and began her teaching career. Today, she is founder and president of two technology companies and focuses on improving healthcare in Africa and advancing technology in developing countries. Is there anything Mae can’t do? She’s truly inspiring! 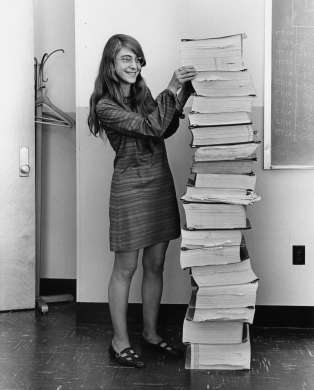 Talking about space, we mustn’t forget Margaret Hamilton, whose software sent Apollo 11 to the moon. Also, when errors occurred, the software she created managed to save the lives of the Apollo 11 astronauts – Neil Armstrong, Buzz Aldrin, and Michael Collins. Besides that, she was one of the first computer software programmers. She also coined the term software engineer.

Hamilton was a director of the Software Engineering Division of the MIT Instrumentation Laboratory, and later became the founder and CEO of Hamilton Technologies, Inc. Hamilton was the recipient of various honors, including NASA’s Exceptional Space Act Award (2003). You’ve probably already seen the picture of her alongside Katie Bouman, when Katie took a picture of the black hole this year.

After seeing “Star Wars” for the first time as a young girl, Cynthia Breazeal began to dream of building personal robots. Guess what? She did it! Breazeal is a pioneer in Social Robotics and Human Robot Interaction.

She’s developed some of the world’s most famous robotic creatures – ranging from small hexapod robots to embedding robotic technologies into familiar everyday artifacts, and creating highly expressive humanoid robots and robot characters. Jibo, Kismet, and Leonardo are only some of the famous social robots she’s made.

And, one more thing…

Finally, we have one piece of advice for you or every young woman with dreams and goals seemingly out of reach. Never underestimate yourself! Arianne Hunter, a woman in STEM, explained her early self-doubts:

If I would’ve told myself five years ago that I  would have the number of publications, awards, and honors… I would have probably laughed hysterically. I would’ve thought it was impossible for a black female scientist to do those things.

And yet, today she holds a doctorate in Organic Chemistry/Molecular Pharmacology, is the founder of the nonprofit, “We Do Science, Too,” and has been recognized and awarded for her advocacy work for women and minorities in STEM.

CHOOSE A PROJECT AND CREATE YOUR OWN STEM STORY!

Today, if you ask any parent whether screen time is good for their kids, they’ll probably say it’s not. If you ask them if they nevertheless allow their kids to interact with screens, many of them will tell you they do. Although parents are aware that screen time can have a negative effect on their kids, they may not recognize that there are benefits to this interaction that shouldn’t be overlooked. So, how do we find the balance?

Fears parents have – and the good news

Children, especially teenagers, could sit and scroll through social media for hours, right? When a child spends their screen time mindlessly, with no creativity or interaction required to progress, it’s referred to as passive screen time. Some other activities that are usually passive are watching YouTube videos, browsing the internet, and playing repetitive games.

However, screen time can be active, too! Many activities involve cognitive or physical engagement. For example, coding a website, designing digital space, and playing educational games are all considered active screen time.

This is true if a child spends too much time playing video games or playing them instead of doing their homework or some other school-related activity. Also, many children play video games at night, resulting in sleep deprivation and inability to focus in class, among other problems.

On the other hand, many educational games can teach your child useful things. And here we don’t mean only learning math, physics, etc., or simply acquiring skills directly related to technology. Kids can learn teamwork skills, too! They can master skills like communication, collaboration, persistence, and how to be a good leader. But although educational games are beneficial, parents should be aware that they can be just as addictive. So, it’s important to limit time even for them.

Do you have to ask your kid the same question three times before they answer it while they’re playing video games? You’re thinking That screen’s coming between me and my child! It can be, sure, but it also can be a source of new topics for you. Try talking with your child about some game they play. For example, what “the rules” are, what they’ve learned by playing it, with whom they play, etc. You could also ask your child to teach you how to play their favorite game, so you can play it together.

If you want to learn more about these fears and why they’re unjustified, watch TED Talk by Sara DeWitt

Why children should have (limited) screen time

In today’s world, it would be more harmful than beneficial to forbid your child screen time completely. Despite concerns that screens isolate children, it’s really hard for a kid to socialize if they don’t use screens. Children often talk about news they’ve read, podcasts they’ve watched, and about important things they’ve learned with their peers. So imagine your child standing around with friends and having no idea what other kids are talking about. They certainly wouldn’t feel comfortable.

Remember that many screen activities include social interaction. Think about playing video games with friends or chatting. And they may even make some new friends around the globe!

HELP YOUR CHILD CHOOSE A PROJECT TODAY AND MEET NEW FRIENDS AROUND THE GLOBE!

Screen time gives us the opportunity to learn a lot of useful information. It’s easier to find something we want to learn using our screens rather than books, for example, and it makes the whole process faster. And, of course, digital skills are a must today.

Plus, there are some skills that can’t be learned in school but are necessary in the 21st century. Whatever career your child will pursue, they’ll need teamwork skills to be successful. It’s important today (and for tomorrow!) to learn the art of problem-solving, asking for and giving feedback, and further developing creativity. And that’s exactly where screen time comes into the picture! The possibility of replacing what’s missing in schools we see as one of the greatest benefits of screen time.

Screens are a part of our lives so it becomes about teaching kids how to live with them in a healthy and ethical way. – Jordan Shapiro, a research psychologist and author of “The New Childhood”

Although there has been considerable research into the effects of screen time, most of the data are still limited. That’s one of the reasons why it’s hard to define what constitutes healthy screen use. We certainly believe that screen time can lead to many problems, such as addiction, anxiety or depression, obesity, poor grades, and social isolation. But it’s increasingly a necessity these days and it undoubtedly can provide many benefits. It’s all about balance, and the kind of content your kids are engaging with! So here are two more things that we’d like you to remember.