And while that’s all great, one thing’s been proven time and time again: in their current state, schools can’t provide the kind of STEM education necessary for kids to succeed.

We want to see every single kid nail it, so without further ado – here are the top 4 reasons why that’s not happening in education right now.

This is a depressing notion, but one we have to consider and work hard to change. We just mentioned that kids want to get into STEM, so what’s going on here?  Are they interested or not?

It’s true that kids start out very enthusiastically.  After all, what’s not to like? They can create amazing things with STEM, and have a great future while doing what they love!

And that’s where the problem arises: in a school context, they aren’t creating great things. They aren’t getting a chance to express themselves creatively, or inspired to do something innovative. As with the rest of our school curriculum, they’re expected to simply follow instructions and remain inside the box.

Now imagine if Elon Musk never thought outside the box. Do you think he’d ever have sent a Roadster into space? Hardly. Yet, that’s exactly what’s lacking in schools. Kids aren’t being taught to think in a way that requires creativity and problem-solving: they’re being told to memorize algorithms and rules. And not much else.

Is it so strange then  that their initial fire fizzles out after they discover it’s nothing like the fantastic thing they were looking forward to?

To be successful in STEM, kids need to be fluent in all kinds of cognitive and soft skills, some of which we’ve already mentioned. For example, if they’re working on a project with a couple of other people, understanding the basics of teamwork – giving feedback, asking questions, managing time in a good way – are crucial. Now the lack of technical skills can be bridged. If your child doesn’t know something, another one can show them – but the lack of teamwork and leadership skills is what leads to projects failing.

Here’s an example: all the tasks are chosen and an equal amount is given to each team member. Now, John needs to finish the basics of the website before Nancy can apply the design to it. The trouble is – John keeps on being late with his tasks due to his poor time management skills. Nancy is frustrated, but she doesn’t know how to approach the situation, so she lets it be. The whole thing ends with an unfinished website, poor design, and the lack of kids’ interest (see reason #1) in STEM. And none of it is because these kids lack the technical skills: it’s because they lack people skills.

Even Google thinks these skills are a must if you want to have any chance of succeeding in the 21st century. That’s another thing we pride ourselves in: Nobel Explorers STEM Camp is based on the idea that hard skills aren’t enough, so our educators make sure kids learn how to properly work in and lead teams as well.

We rarely hear about people outside large urban areas achieving something in STEM, but it’s hard to believe that not a single person from a smaller town or even a village is interested in STEM.

The sad truth is: there are people who are very interested, but centers for that kind of education are too distant from them, so they have to make do. Making do in this case usually means having an even less structured STEM education. If large towns that get the lion’s share of the budget can’t get it right, what can we expect of smaller places where schools are barely making ends meet? And with such a gaping hole in their knowledge, students can’t get into colleges that would allow them to prosper.

We were well aware of that when creating Nobel Explorers, which is why our Online Global STEM Camp is accessible to anyone with a stable internet connection, no matter where on the planet they are!

Project-Based Learning or PBL is an approach in which students learn by doing. It sounds very logical when you put it that way, doesn’t it? Try explaining to someone how to ride a bike, without letting them try it. Or how to tie their shoes! They could be really smart but …

But for some reason, our school curriculum seems fixated on the idea that theoretical knowledge, basically rote learning, is the be-all and end-all of education. Not so much. You can memorize any number of great poems, but that won’t teach you how to write a masterpiece of your own. That takes experimenting with words and trial and error.

With STEM, it’s even more difficult, because students need to understand how each line of code ties into the next one, by – you guessed it – trial and error! It’s the only way they can be able to a) see the bigger picture and start experimenting, and b) (even more important, if you ask us) get motivated to continue learning.

Imagine if you were never able to see the fruits of your labor, nor understand what the point of your hard work is in the first place. You’re told to move some boxes around and nothing else. What’s in the boxes? Is that work important? What are you contributing to? These are all things you’d want to know if you’re to be motivated to keep on working. Otherwise, you’d be just  doing it robotically, all the while looking for a better job.

Now imagine sending your kid to a STEM class. They’re writing these codes, they know in theory what they do, and then they’re graded for it. They don’t create anything, nor are they allowed to participate in choosing the project, the topic, the way it’s all going to look.

PBL allows them to do exactly that, and not only learn better by doing it, but get excited about what they’re doing, and get motivated to learn more! Just take a look at these awesome websites our amazing interns created in only a week, without any prior STEM knowledge! It looks insane – but it’s all about teaching them the right way.

STEM may be all the hype right now, but research shows that including it in school education isn’t yielding the expected results. Due to its poor implementation and the lack of soft skills and PBL, as well as the whole situation being even more complicated for kids who come from smaller cities, students are lacking the excitement and knowledge to keep on pursuing it. But thanks to Nobel’s amazing STEM rockstars, we’ve come up with a solution. If you want your kid to be successful in STEM and life in general, sign them up for one of our many projects. Until our school curriculum is fixed, it’s the only way they’ll get that. 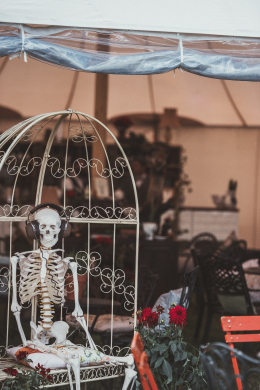 Me waiting for our school curriculum to get STEM right

Entrepreneurial Skills That Will Secure Your Child’s Future
Scroll to top
X
EXPLORE YOUR PASSION. PICK YOUR STEAM PROJECT.